On December 20, 2017, the U.S House of Representatives passed the tax reform bill proposed by the Republican Party. This is also one of the most significant changes of tax policy in the last 30 years which will go into effect in the subsequent tax seasons.

Some of the most notable changes in this reform include reduced corporate tax rate (Decreased to a flat rate of 21%) and the elimination of any type of deferred taxation of foreign income from overseas subsidiaries within a US-parented multinational group. To reiterate, foreign income is taxed as earned or is permanently exempt from U.S. taxation.

Consequentially, the policy eliminated US corporations that created income tax shields through foreign estates. One of the most notable examples is Apple, who recently agrees to pay its $38 Billion tax bills accumulated from foreign earnings through the next eight years.

Unlike Apple, most of us probably do not have a tax bill worth $38 Billion or even possess a foreign account for shielding incomes. Therefore, many will likely ask, will the new tax policy affect me and other small business owners? Although the answer is yes, different business owners will still likely to experience the effects in varying degree due to factors. But the one new alteration that will likely affect every business owners is the introduction of Qualified Business Income.

Non-corporate small business owners (Including S-corps) will be subjected to only pass-through income tax which will be as same as the individual tax rate (Shown in the following figures). In order to balance the heavily reduced corporate tax rates, these individual taxpayers with pass-through income which will be subjected to a new qualified business income which will result in a 20% tax rate reduction.

Many restrictions will apply for business owners to be eligible for the deduction. Some highlighted prerequisites include qualified business, properties, and maximum income threshold of $157,000 for individual tax filers (315,000 for joint filing).

The Case of Steve the Café Owner

To better illustrate the effect of the qualified business income for small business owners, we will use the hypothetical case of Steve, who is the owner of a small Café in Seattle.

With all the prerequisites stated, we can now picture different scenarios where we can compare the pass-through tax rate of Steve’s Café under the previous tax policy and the reformed tax bill.

The first scenario occurs when the café generated a gross profit of $100,000 which means the Café is under the maximum income threshold and will be eligible for the 20% deduction.

What if the Café that Steve owned did better than the previous scenario, what if he made $180,000 during the year which exceeded the income threshold eligible for qualified business income. When the income exceeds the threshold of $157,000, the deduction will equal to the amount for each activity is limited to the greater of:

It may sound complicated, but through the application below, it will make a lot of senses. According to the tax rate of the previous regime, the tax rate for Steve remains 28%, thus his tax bill will be:

As a result, the new tax deduction amount for the café will become:

From the second scenario, we recognized that by exceeding the income threshold would in fact further reduce business owner’s tax bill.

By solely looking at the updated qualified business income through the case of Steve the Cafe owner, we have already pictured the effect of the policy change and suggested ways to maximize the new benefit. However, this is only the tip of the iceberg.

Other alterations on factors such as tax deductibles from equipment & machinery depreciation, business interest, and business entertainment expense could all further affect the taxable income that business owners will incur during the upcoming tax seasons.

In addition, the more time tax lawyers and accountants spend examining these rules, the more ideas and strategies they’ll come up with.

If you would like additional information or more individualized services and strategies that will benefit your business, feel free to contact us.

Contact us today to find out how we can help your small business thrive. Give us a call, send us an email, or fill out our online contact form. 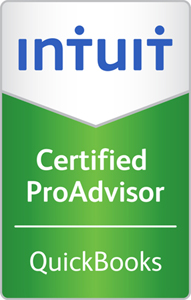